Sleeper is a platform that is newer in the online platform space and doesn't have quite the brand awareness that Yahoo, ESPN, CBS, and NFL.com have, but it boasts a highly flexible free experience that has a more modern look to it. The platform is supported by a popular gaming trend that allows users to buy/earn more cosmetic/fun elements of the game, versus paying for the core playing experience itself. This is a key element that distinguishes Sleeper from other pay-to-play platforms that don't have the big-name brands of the platforms mentioned above. 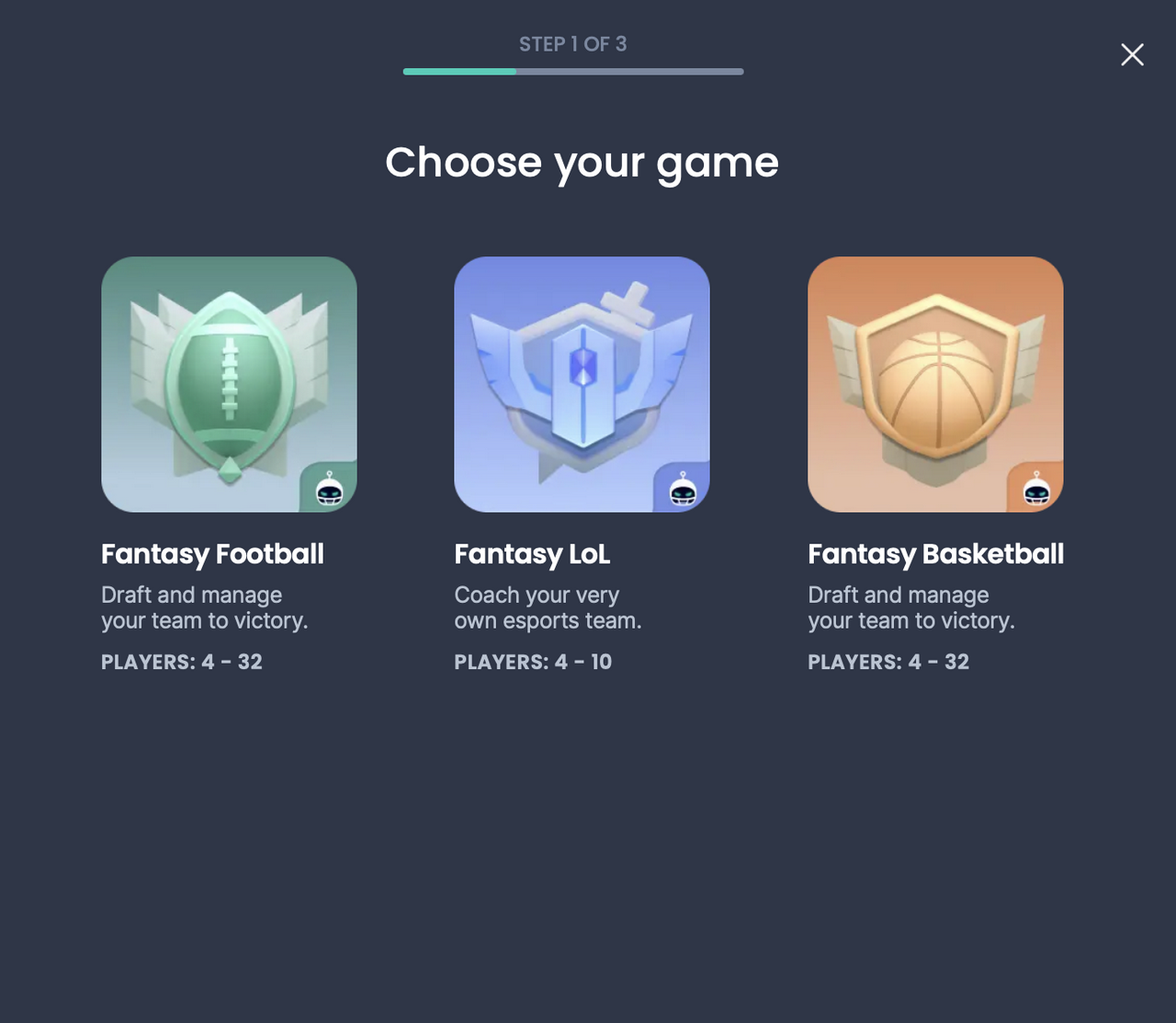 Sleeper supports fantasy football, basketball, and League of Legends, and the first selection when creating a league in Sleeper is choosing which of the above options you want. Since this site focuses on fantasy football, that's the only type of league I'll be covering here. 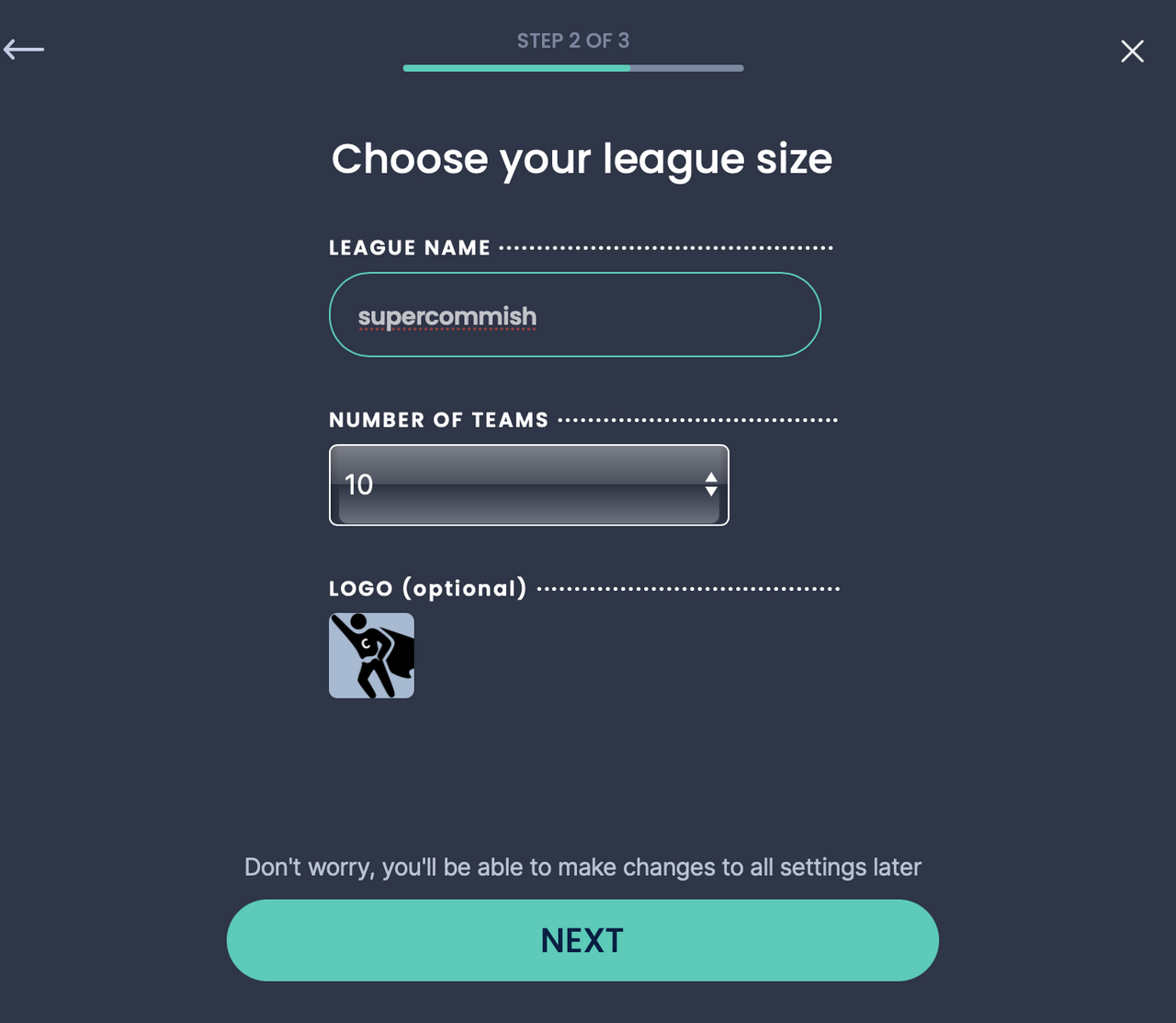 The second step when creating a league is to choose the league name, logo, and number of teams. Sleeper supports leagues as small as 4 and as large as 32 in even numbered increments in-between, though oddly they skip league sizes of 26, 28, and 30. 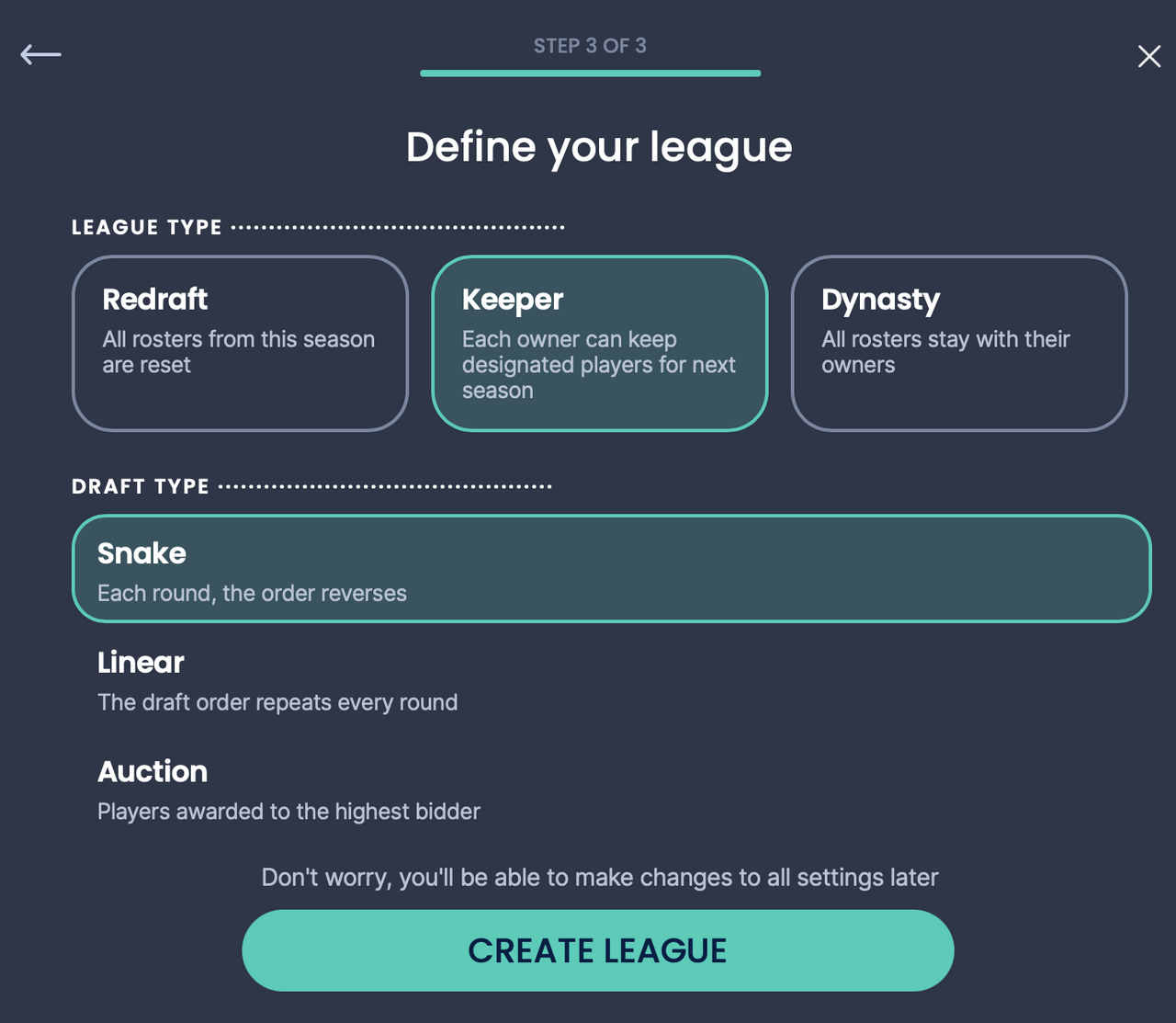 The final step when creating a league is to choose one of the three formats that Sleeper supports: Redraft, Keeper, and Dynasty. These are generally the bread-and-butter formats in the fantasy football community, but it's worth noting here that there are other formats that Sleeper doesn't support like daily fantasy and best ball. I briefly covered each of the formats Sleeper supports in this post, so I won't cover that here.

Once you've created your league in Sleeper, you as both Commissioner and Manager have access to the more common things found in all platforms: draft stuff, your team, league settings, general player info, and scores for matches in your league. Since this is a site focused on your life as a Commissioner, let's dive into League settings a bit. 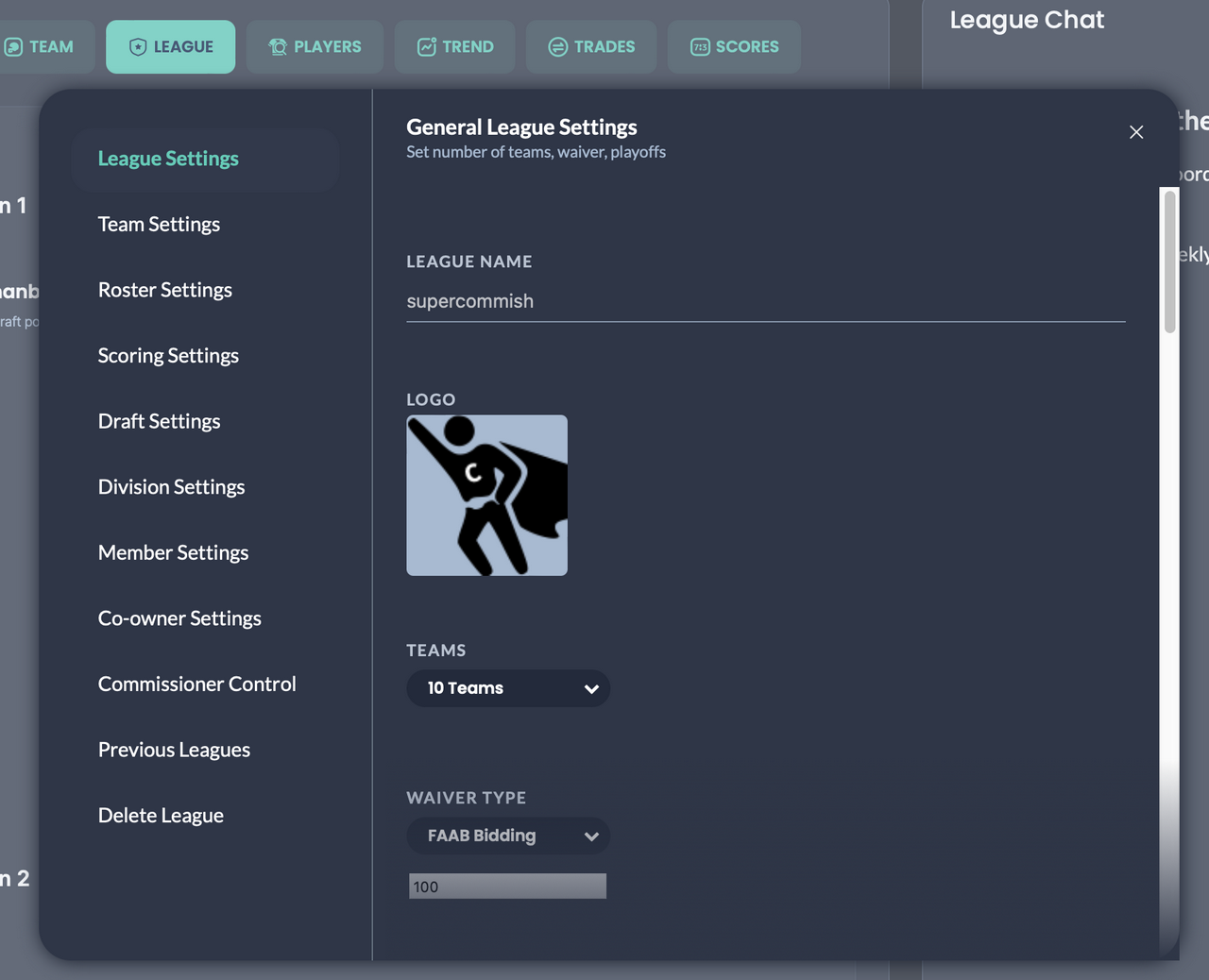 The League Settings screen is divided into major categories. Below is a summary of most of the categories that matter to you as a Commissioner.

This is the most extensive screen and covers most of the things you will configure in your league related to how the league as a whole behaves. This includes:

From here, the remaining settings vary by league format:

Sleeper supports the most common positions and adds a few wrinkles

Scoring is generally set by scoring category (Passing, Rushing, etc) vs by position. The stats available for scoring are pretty extensive, going well beyond your typical yards, receptions, touchdowns, turnovers, etc. Here are a few notes about Sleeper's scoring settings: 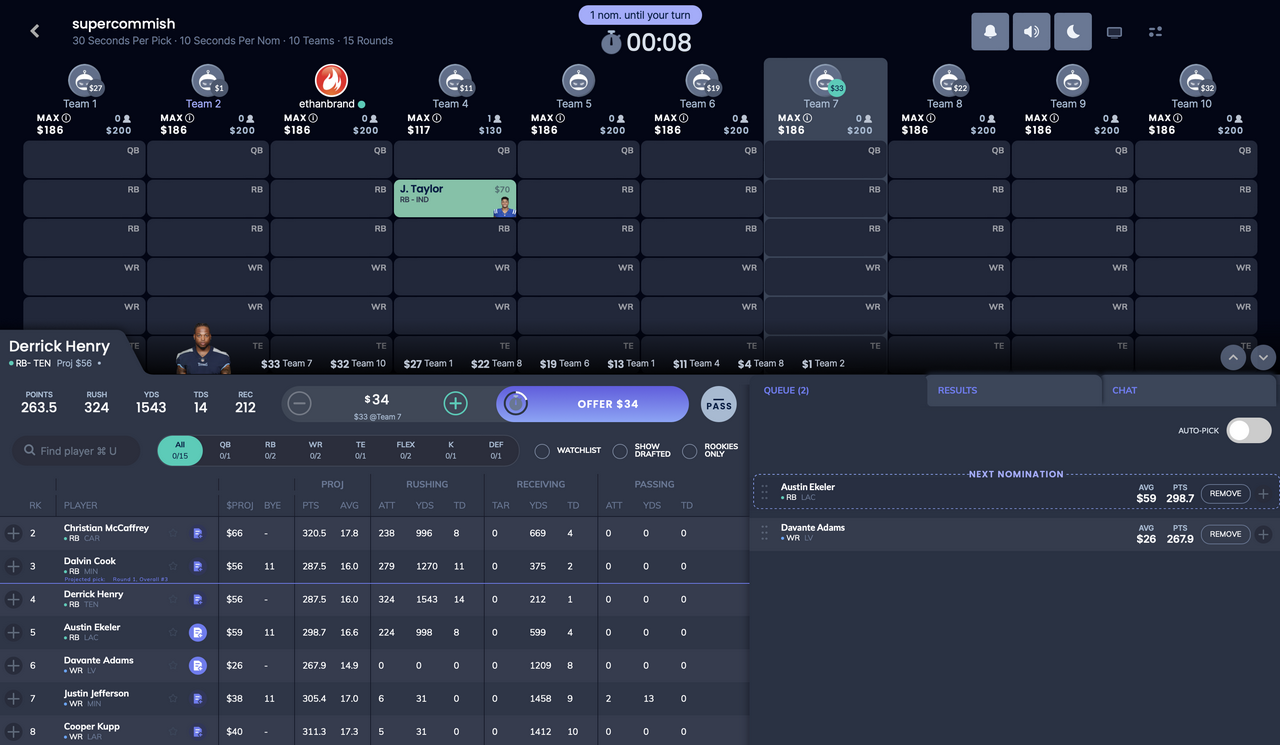 The most common draft styles are available (Linear, Snake, Auction) with Auction allowing customizable budget amounts. The budget amount field is a straight number entry, allowing for flexible amounts, but the UI seems to get conflicted with how high you can go. It appears the usable max is $9999, though the screen will let you enter higher.

You can customize the budgets for each team each season, allowing you to do a quasi-cap system, but you'll have to manage it yourself outside of the platform. Things like player cap value and automatic available budget reduction based on keepers/dynasty does not seem to be supported.

For Dynasty leagues, an all Rookie or all Vet draft is possible, but it doesn't appear that you can have two drafts: one of each.

There is limited support for divisions in Sleeper. Values of 0, 2, and 5 are available, but there is no ability to configure how divisions behave as it relates to the schedule or the playoffs. You can manually slot teams into whatever division you want them in.

Sleeper is a slick-looking platform that has above-average customization capability. You should definitely consider Sleeper as a potential platform for your fantasy football league.